Everything You Need To Get In
TOP FIGHT SHAPE

Inside the DOJO, we call ourselves and each other “Kyoudai”… There’s an important reason for this, which is behind why guys from every continent on this earth are continually getting stronger, leaner, more powerful and becoming straight up BADASSES…

Before I tell you what "Kyoudai" means and why it’s important, we’ve got to get crystal clear on one thing: 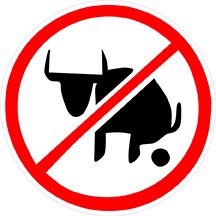 I'M NOT GONNA BULLSHIT YOU HERE.

If you want to achieve the strongest, fittest, leanest and most powerful version of yourself ever, there's no magic.

There are no tricks.

I’m not David Blaine and you’re not sitting in a studio audience at a casino in Vegas watching me float across the stage or do crazy things with a deck of cards.

I’m a strength and conditioning coach with a love of 2 things: fitness and MMA.

Since 2006, I’ve dedicated myself to developing methods to help MMA fighters be in top shape and have been lucky enough to have been trusted by 3 UFC fighters and dozens of local pros and amateurs in their quest for success.

I’ve also got a knack for technology (thank you Chinese genes), which has allowed me to share my methods with thousands of guys around the world.

And it’s my firm belief that even if you have no desire to be a pro mixed martial artist, if you do like the idea of:

Then training like a pro fighter is a SMART way to go, since success in the sport requires developing these traits (and more) as EFFICIENTLY as possible.

Pro fighters have so much other training to do, they can't afford to waste time or energy and I'm guessing, neither can you.

And it definitely takes GUTS.

So if you’re lacking these qualities and you’re here looking for a quick-fix to achieving your goals, I’m sorry, you’re not going to find it here.

However, if you know what you want and you’re ready to INVEST your resources to get it, then continue reading this page to discover:

Then let’s GET IT ON.

We all know that having goals is a key to success…

However, many guys go into the gym without any clear, measurable goals.

What ends up happening is the same workouts get performed using the same weights, year after year... 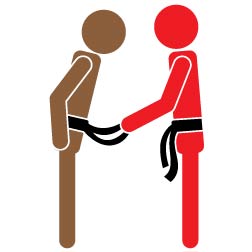 However, working towards and earning a powerDOJO Black Belt is a sign that you’ve achieved a high level in 5 areas of fitness: Strength, Power, Relative Strength Endurance, Agility and Cardio.

These 5 areas are critical to success inside the cage and also critical to develop if you want total fitness. 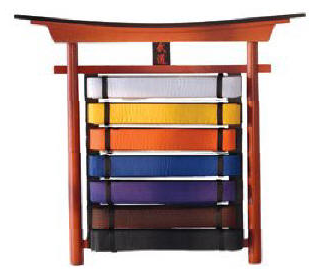 At each belt level, specific exercises are assessed in each of the 5 Biomotor Abilities with numbers to achieve to advance to the next belt.

This gives you crystal clear targets to TRAIN for instead of simply "working out".

If you respond well to organization, structure and having specific, measurable goals, the powerDOJO Belt System gives you exactly that.

Speaking of structure, since mid-2013 and the introduction of the powerDOJO Workout of the Month (WoM), 9 members performed their first-ever Muscleup.

The reason behind this is because of a powerful yet under-utilized concept called PERIODIZATION.

Periodization is simply about laying the right foundation to achieve your goals.

With respect to the Muscleup, this meant first building Strength in the associated muscles and movement patterns, then turning that Strength into Power and finally translating that Power into proper Technique.

It was through this step-by-step process that had guys doing their first ever Muscleup, some in a matter of weeks, others after a few months.

Each and every month, you’ll get a new WoM designed
to build on what you performed previously.

All WoMs are similar in that they're all balanced programs based on the movement patterns, they just differ in their main focus, whether it be Strength, Power, RSE and what type of Cardio such as Aerobic, Aerobic Lactic, Aerobic Alactic or NRG...

The WoMs are designed this way so that once you’re comfortable with powerDOJO style workouts and terminology and you’ve built a decent base of strength and cardio, you can jump right in.

If you’re not quite ready for the WoMs, you’ve got access to foundation powerDOJO programs to help you achieve the base level of Strength and Cardio required to get the most out of them. 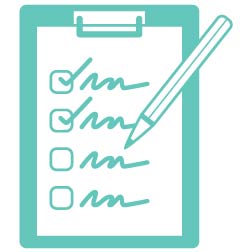 Another critical factor to ensure your long-term fitness success is TRACKING your workouts...

The next time you’re in the gym, look around and notice the guys writing things down – they’re usually the strongest and fittest guys in the gym.

Inside powerDOJO, you’ll get access to the custom Workout Tracker which makes it easy to log your workouts that every time you step foot into the gym, you know exactly what you’ve got to do, down to the exact # of reps.

And all of your progress is logged and you can access tables and graphs of your fitness over time, showing you in a clear and attractive way just how far you’ve come. 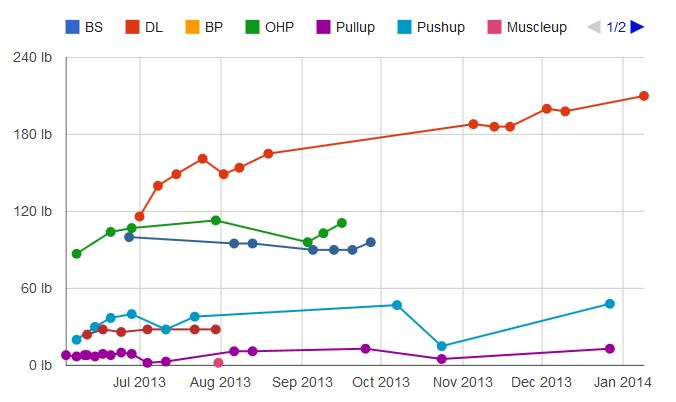 In a bullet point above, I mentioned, “A method used in all powerDOJO programs that will have you tap into a source of energy that you never knew you had”…

In powerDOJO, this is called the KUMITE.

I remember the first time I was exposed to the idea of a Kumite, which was in the movie Bloodsport starring the one, the only, Jean-Claude Van Damme…

The most famous type of Kumite is the 100-man version, which is an EXTREME test of physical and mental endurance where one man goes 100 rounds against similarly or higher-ranked opponents, with a new opponent each round.

Inside powerDOJO, each WoM includes a “Kumite” that will test your physical and mental endurance and have you pushing yourself to new heights you never thought possible as you battle both yourself and your fellow Kyoudai for supremacy.

And aside from the incentives of reaching new physical heights and the intrinsic satisfaction of pushing past your limits, winners will be awarded each month with various prizes to recognize their achievements.

Which brings us to the final question…

“Are you ready to join the ranks of the powerDOJO KYOUDAI?”

Kyoudai is a Japanese word that translates to “brotherhood”. 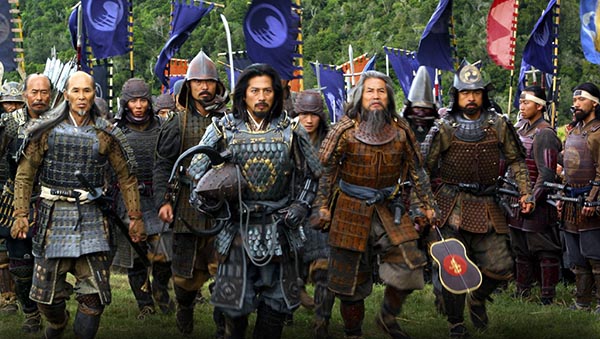 All powerDOJO Kyoudai operate from a similar mindset and set of core beliefs, which include: 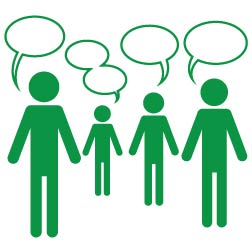 In today’s society, it can be difficult to find others who share these traits, which makes the community inside powerDOJO so valuable and is why I call it the MASTERMIND.

With such a diverse group of guys (and a few bad-ass girls) from around the world supporting, sharing their knowledge and keeping you accountable, you’ve got no choice but to live life to the fullest and reach your potential.

And as my influence has continued to grow, my time has become extremely limited to the point where you can only get access to me through this "inner circle” to answer any questions you may have or give you a bit of guidance around any obstacles that may be standing in your way.

The fitness industry bombards you with horrendous amounts of info and it can leave you confused and unsure of what to do – by joining powerDOJO, you’ll be muting the noise and you’ll be provided with exactly what you need to succeed.

Now that you know what it’s all about, I want to know, "Are you ready to join the ranks of the powerDOJO KYOUDAI?" 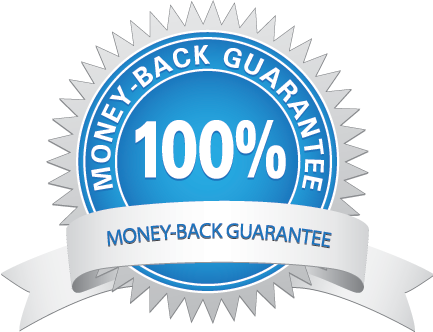 Awesome, then choose one of the 2 options below and let’s get started right now…

Oh, and if after entering the DOJO and exploring what you get, you decide it’s not for you, then just shoot me an email and I’ll give you 100% of your money-back. No questions-asked, no monkey business.

Join at these special rates today and if you decide to remain a member, do nothing to lock your membership in at and you will be billed at the discounted rate again in 30 days. If you decide to cancel your membership, simply send me an email and your next payment will be cancelled on the spot.

You Also Get INSTANT Access to These
3 Programs When You Join Today: 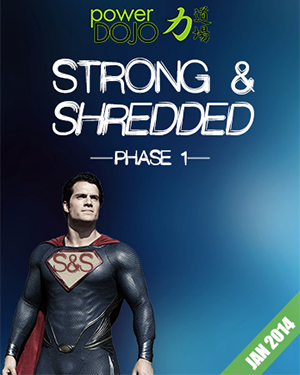 Strong & Shredded Phase I is the current WoM and is designed to build your strength, cardio and give you chiseled, athletic physique. Join now and you'll also get Phase II when February rolls around. 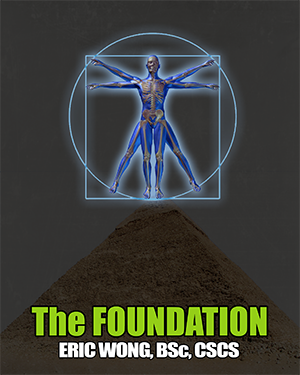 The FOUNDATION Program is a step-by-step guide to fixing your posture and muscular imbalances. It's the first program to go through to ensure you prevent injuries that will happen when you improve your fitness and gain muscles on an imbalanced frame. 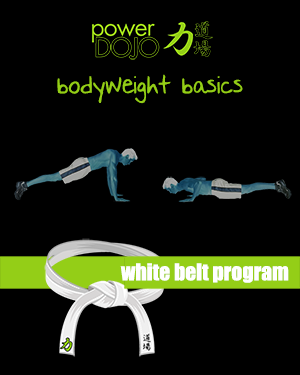 Bodyweight Basics is designed to be used by those needing more exercise technique practice, as well as those who reveal many dysfunctions through the FOUNDATION Program to allow the body to focus on fixing imbalances as opposed to building performance.

Structure is a huge benefit. I like how this takes someone from various experience and fitness levels and builds us in a standardized, yet also personalized way.

The community is huge, as it gives a great perspective on personal progress and motivation to push yourself.

My personal progress has been awesome. My physical prime was back in high school over a decade ago. Since then, i have let myself slip. In the DOJO I have not only caught back up, but am surpassing that level of strength and performance.

powerDOJO has helped me develop the consistency and commitment to constant improvement through the community and tools such as the workout tracker. 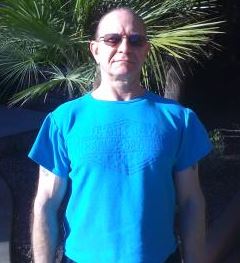 I’m just beginning my workouts, but so far I have noticed that I am more motivated to workout because I feel like I am actually doing something instead of just going to the weight room & throwing a few weights around.

I recommend powerDOJO to anybody that is serious about getting in shape. powerDOJO is well worth the money. 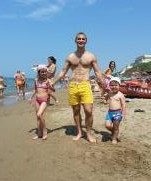 I love the WoM and the Forum.

I recommend anyone who wants to have fun, but effective workouts and would like to be part of a fantastic community that can help you push over your limits to join powerDOJO.

There’s lots of info available and Eric will answer any question promptly.

I also just want to stress how awesome the community in pD is.

Join at these special rates today and if you decide to remain a member, do nothing to lock your membership in at and you will be billed at the discounted rate again in 30 days. If you decide to cancel your membership, simply send me an email and your next payment will be cancelled on the spot.